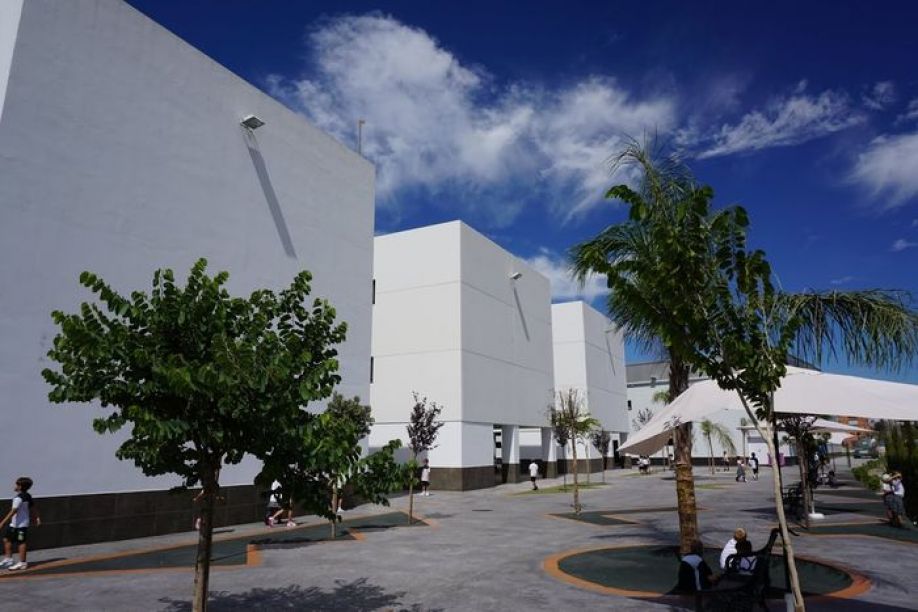 For us this represents a further step in the journey we commenced with the inauguration of the school last year, but not just any step.

The success of last year’s campaign demanded the early enlargement of the facilities.

As you know, the school has doubled the number of spaces offered in Preschool and Primary Education, as well as completing the offer for Secondary Education. In total, we know have 18 classes corresponding to the indicated stages.

This rapid growth has also made it necessary to add on to other areas of the school, such as the Preschool playground. We now have two new play areas, including a sandbox and outdoor toilets, as well as the new sports facilities.

All of this construction work has been carried out in record time so that the new facilities may be used during this recently inaugurated school year.

The atmosphere on the first day of school was of complete harmony and renewed enthusiasm. Last year’s students were reunited after their well-earned holidays and very keen to meet their many new classmates. New faces that now form a part of our great family, which has grown considerably this year.

Our human resources have also grown proportionally. The teaching staff has increased to cover our new needs and we are sure that the professionalism and enthusiasm of our new staff members will represent a valuable addition to our original project.

Prior to this first day of classes we held two days of meetings with the parents, during which we outlined the main features of our educational project and its implementation. The parents also had meetings with their children’s form teachers in the individual classrooms, thus allowing them to personally experience the environment in which the students will be working.

Without further ado, we would like to thank you for entrusting us with the education of your children.