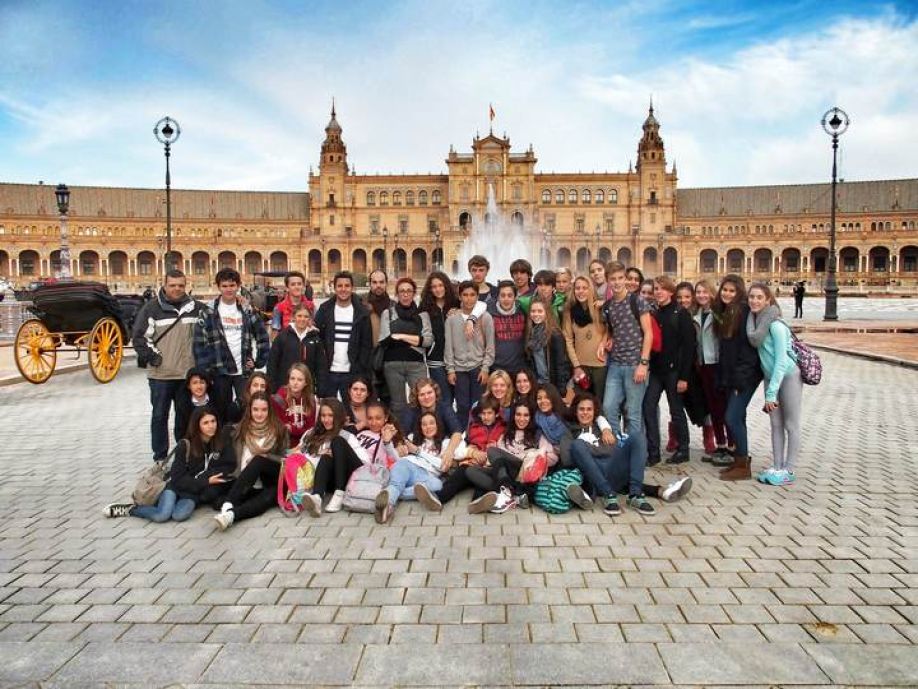 One term ends and another begins. These are some of the excursions we went on with students of Primary and Secondary Education

We visited the Cathedral, walked through Malaga’s newly refurbished city centre, contemplated the works of Picasso in the Picasso Museum, walked up the steep inside streets of the Alcazaba and enjoyed the wonderful weather on the new Muelle Uno in the city’s port.

We finished an intense day of activities in the Automobile Museum. In short, it was an unforgettable day!

The Roman Bridge and the Calahorra Tower welcomed us to Cordoba. Many students visited the city for the first time and both them and the return visitors were impressed by the beautiful views of the city’s architectural ensemble.

The Mosque-Cathedral awaited us, with its unique combination of styles. Absolutely awesome.

A walk through the narrow and singular streets of the city centre took us to the Archaeological Museum Square.

Recently renovated and with a marked interest in captivating visitors with its significant background.

We made a stop at the Corredera Square, the XVIIth century main square.

Returning through the Jewish quarter, we contemplated the ruins of the Roman Temple before arriving at the Tendillas Square, afterwards passing by the Mosque once again on the way back to our bus.

Without any doubt we will repeat this excursion in coming years.

We started our visit on the banks of the Guadalquivir River at the Gold Tower. Although Seville is not a coastal city, navigation plays an important role in its history. We visited the Naval Museum, located in the Gold Tower, and then went on to the Reales Alcazares.

This is an impressive architectural ensemble, a melting pot of centuries of art and history, seat of kings and queens during their stays and celebrations in the Sevillian capital. The way up to the top of the Giralda, with its awesome views, and the visit to the Cathedral (the Gothic cathedral with the largest surface area in the world), in which Christopher Columbus’s tomb may be found, were followed by lunch and a bit of free time in the renovated centre of the capital.

We finished our day with a visit to the Plaza de España before heading home.