A Summer in the United States 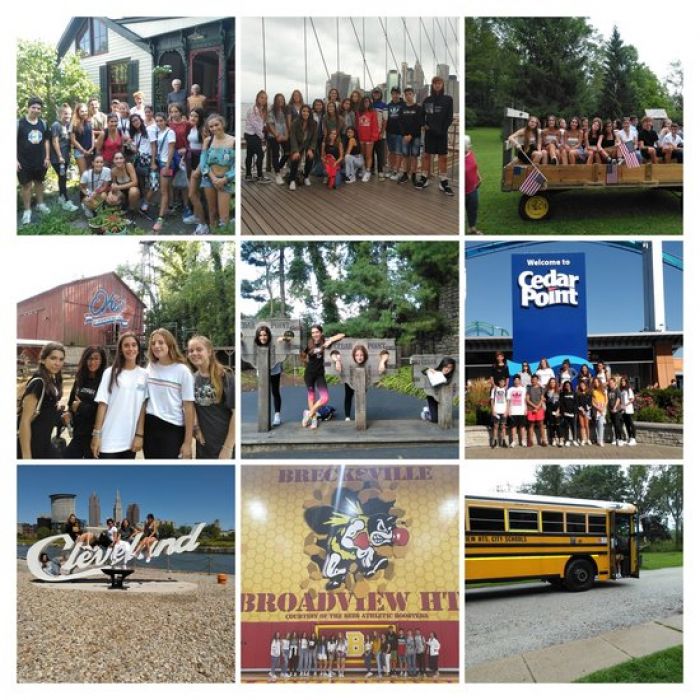 This summer, fourteen of our secondary students embarked on a twenty-two-day journey to the United States, where they travelled to various cities and towns on the North American continent

They spent the first ten days travelling to an array of places of interest, the first being Detroit, Michigan, with a visit the Henry Ford Museum, The Ford Rouge Factory and Greenfield Village.

Here, through the inventions and innovations seen, they reviewed the history of America, observed the great change in industrial production from manufacturing to automated production of past and present and understood how scientific discoveries of the 20th century quickly changed the world. Students then spent several days in the Cuyahoga Valley National Park, located in the state of Ohio between Akron and Cleveland, where they participated in hikes, nature exploration activities and talks by environmental educators.

The students also went to other places of interest where they heard explanations from park rangers and local historians, visited workshops and shops of local craftsmen and toured small family businesses and farms of the area that have thrived for generations. A weekend jaunt to Niagara Falls, Canada was also part of the itinerary with a return stop in Erie, Pennsylvania, where they were able to enjoy the beaches of Presque Isle State Park and receive a guided tour of the Coast Guard station right on Lake Erie, one of the Great Lakes.

Upon returning to Ohio, the students initiated the second part of the trip, which rounded out this Cultural Exchange program. Each student was matched up with an American high school student at Brecksville Broadview-Heights High School whom they stayed with for the duration of the trip. Fourteen American families generously took our students into their homes and showing them their customs, allowed them to experiment first hand about family life in a midwestern state of America.

Our Atalaya students also got to experience life in an American high school by attending classes and participating in after school functions like a Friday night football game. From the high school they boarded yellow school buses four different times to discover other places of interest such as Amish country and Cedar Point Amusement Park, voted the number one park of its kind in the United States. They also toured Cleveland as well as Akron. To top it off, on the last leg of the journey, while homeward bound, they were able to see some of the major monuments of the city that never sleeps, New York City! The twenty-two-day itinerary and high school exchange was organized by teacher Beth Lahoski, a native Ohioan.

These fourteen lucky students made friends on the other side of the Atlantic, learned and experimented more about the American culture and history, and in turn improved their English during this unforgettable journey and adventure which they will surely remember forever. We’re happy to say that the trip was a success and we look forward to receiving here in Spain, the students from Ohio in June!